Appointment of Albert Tse as CEO of Amundi South Asia

Amundi has announced the appointment of Albert Tse as CEO of Amundi South Asia, taking over from Eric Bramoullé who is appointed Head of Marketing & Products of Amundi and a member of the Executive Committee.

Albert was most recently Head of Distribution Sales and Marketing for Amundi in South Asia since 2019. Prior to joining Amundi, he was with Schroders, where he was Head of the Intermediary Business of Southeast Asia and Head of Malaysia & Thailand Businesses.

Albert joined Schroders in 2003 as a member of the Mutual Funds Retail sales team for Singapore. In 2008, he was appointed Head of Intermediary Distribution, Singapore and in 2010 he assumed wider responsibilities as Head of the Intermediary Business, Southeast Asia. He was also responsible for business development with private banks in Asia from 2014 to 2017.

Prior to joining Schroders, Albert spent 2 years at Barclays Capital in Singapore on the Foreign Exchange and Derivatives sales desk.

Albert holds a Bachelor’s Degree in Business from the Nanyang Technological University and a Master’s Degree in Finance from University of Manchester Institute of Information & Technology (UMIST) and Manchester Business School (MBS). He is also a CFA and CAIA Charterholder.

Albert has been an IBF Fellow since 2018 and the Chairman of the IMAS Human Capital Committee since 2012, starting out as a member since 2005.

Eric Bramoullé has been with the group for 22 years and has occupied several roles at Amundi. He was most recently CEO of Amundi South Asia after holding the positions of CEO at Amundi Austria from 2015 to 2018 and at Amundi Poland from 2013 to 2015. 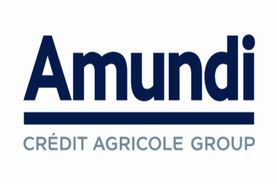